By the letter of the contract: why Russians are losing money in online games

As noted by lawyers, it is almost impossible to challenge the user agreements adopted when downloading games. 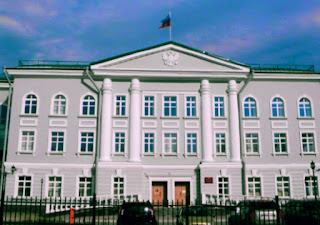 In St. Petersburg, a court dismissed a lawsuit against a local resident who planned to return 763 thousand rubles spent in an online game. According to the gamer, he did not know that the money was being debited from the card, since he did not have an SMS notification connected. About why large platforms are fighting for the transparency of conditions, and why users themselves should take contracts on the Internet more seriously - in the material of Izvestia.

Loser out of ignorance

On August 24, the Pushkinsky District Court of St. Petersburg dismissed the claim to a local resident who wanted to return 763 thousand rubles spent in an online game. As established by the judicial authorities, in September 2018, the plaintiff accepted the user agreement of the defendant's Mechanist Internet Technologies Co., Ltd, installing the game "The Great Sultan" on the phone. The plaintiff pointed out that from November 2018 to July 2019, a total of 763 550 rubles were debited from his card, but he did not know anything about the operations, since he did not have SMS-informing connected.

The man asked to recognize the actions of imposing paid services illegal and unreasonable, to recover the written off funds, to compensate him for moral damage, and also to fine the defendant for non-compliance with the consumer's requirements on a voluntary basis.

However, the court found that contrary to the claims of the plaintiff, all the necessary information was posted on the corresponding page of the game, including about the possible write-off of funds.

- In accordance with the current legislation of the Russian Federation, he (the plaintiff) entered into a contractual relationship for the provision of free services, as well as additional paid services if the plaintiff has such a desire ... There are also hyperlinks to go to additional information about the game "The Great Sultan". (The Claimant) was aware of these circumstances, as well as the price range for in-app purchases. At the initial launch of the game "The Great Sultan" the plaintiff was asked to read and accept the terms of its use. The plaintiff accepted these conditions, since without this it is impossible to start the game process, the court sums up.

The deal is more valuable then money

If a person accepts the user agreement while downloading the game, then he has practically no chance of challenging it later, lawyer Andrei Nekrasov emphasized in a conversation with Izvestia.

- This is an ordinary transaction, a full-fledged agreement that the user concludes in the online form. This applies to anything in general, not only games, but also social networks, any services on the Internet. All this is direct acceptance. A person accepts these rules, they are open, but traditionally, of course, no one wants to read them. But these are the problems of the person himself, that he wants to use something, but not be responsible for it. And this applies to at least a penny gifts on Odnoklassniki, at least something more complex, such as units in online games, - he said. -It is absolutely legal to conclude an agreement online, and if a person is not satisfied with something, then, as a rule, the same agreement explains that in this case he may simply stop using the service. According to the norms of civil legislation, which appeals to very ancient provisions, the obligations assumed must be fulfilled.

Spyware can even be obtained from official stores

As Yana Bondarenko, a lawyer and consumer protection specialist, explained in an interview with Izvestia, the user agreement is, in fact, an accession agreement, which is enshrined in Art. 428 of the Civil Code of the Russian Federation: an agreement of accession is an agreement, the terms of which are determined by one of the parties in forms or other standard forms and could be accepted by the other party only by accession to the proposed agreement as a whole.

As the lawyer noted, as regards the case with the lawsuit of a resident of St. Petersburg, information about paid content (namely, about a payment from 75 to 7490 rubles per item) was initially indicated in the characteristics of the game and the user should have known what he agrees to.

As Gevorg Hakobyan, a computer game specialist, told Izvestia, the platforms on which online games are located for downloading, for their part, are vigilant to ensure that user agreements and the terms of purchase of games in general are transparent.

- In fact, both Apple and Google - the owners of mobile platforms - follow this very closely, because often when such incidents occur, they are the first to be addressed with complaints. Any game that you download now will explicitly tell you about payments and that money may be debited in the future. Obviously, without linking the card, you will not be able to make any purchases in the game, but if you do this, some write-offs are possible.- he remarked. - There used to be many precedents when children made such expenses and their parents did not know about it. This was a big problem, but in the end, the platforms created parental control restrictions that prohibit either spending money at all or spending very small amounts. In general, the problem was much more pronounced, now I would say that you need to be completely far from technology and a super inattentive person in order not to understand that money may be debited from you.

However, the danger of spending a lot of money awaits not only users who are accustomed to ignoring agreements, but also gullible gamers. In the same month, a resident of the Elninsky district in the Smolensk region decided to purchase an account of a popular historical game through an advertisement on the Internet . She wrote in a chat with the seller and, having discussed all the conditions, transferred 10 thousand rubles to his bank card. After that, the "seller" stopped communicating, blocking the girl's number.

Currently, the police are checking this fact. The regional MIA Administration sent inquiries to banking organizations to clarify the flow of funds in the applicant's account.

A little earlier, in May, a resident of the Penza region became a victim of a scam when she tried to sell a character in an online game, in the development of which she had invested money for a long time.

In March 2020, she posted an ad on the Internet indicating her phone number, after which a potential buyer contacted her, ready to purchase an account for 24 thousand rubles. But with one condition: he explained that the minimum transfer can be made only for 30 thousand rubles, so the owner of the character must first transfer 6 thousand to him. The girl agreed, but this money seemed not enough to the stranger, and he offered to transfer another 10 thousand to his account. . rubles. Then the girl realized that she had been deceived.

On this fact, a criminal case was initiated under Part 1 of Art. 159 of the Criminal Code of the Russian Federation, the involvement in the commission of the crime of a 17-year-old student of one of the colleges of Samara, who confessed to the crime, was established.

According to Gevorg Hakobyan, as a rule, in games, in order to get a certain level or weapon or open an element, you need to spend a lot of time. And some people prefer to spend money in order not to personally waste this time. For a number of players, this is a kind of investment, but the game developers themselves do not approve and in every possible way suppress such transactions. However, it is difficult to prevent people from signing off and agreeing to sell or buy an account, here each person must assess all the risks himself.

As the lawyer Yana Bondarenko advises, in general, in order not to get into a situation with unwanted debiting of money from the account, first of all, it is necessary to familiarize yourself with the user agreement before accepting it.

- You can also request a detailed write-off. If the services of the Internet platform do not suit you, you can submit an application for termination of the contract and termination of the withdrawal of money. Due to the fact that this issue can be resolved for weeks, it would be advisable to block the card, - said Bondarenko. - And such situations happen not only with online games. There was a case when an organization sold an online make-up course for 2 thousand rubles. But in the user agreement it was stated that in addition to paying for the course, there will also be a monthly write-off of 499 rubles during the year. Since nothing was additionally provided, and the money was debited from the account every month, the most correct decision in that case was to apply to stop debiting money.