Nocturnal bedwetting in children is a common problem - contrary to what people think; There are about (30%) of children between the ages of 4:30 and 9:30 infected with it, and after this age the percentage decreases to (9%)

Hidden causes that we do not pay attention toSometimes the genetic factor is the main cause of the child's injury, and sometimes the cause is a small size of his bladder or a structural problem in the urinary tract or in the nervous system, and this is determined by the doctor. But there are hidden reasons that we do not pay attention to, which are the direct cause of the child urinating at night in his bed, and among these reasons: 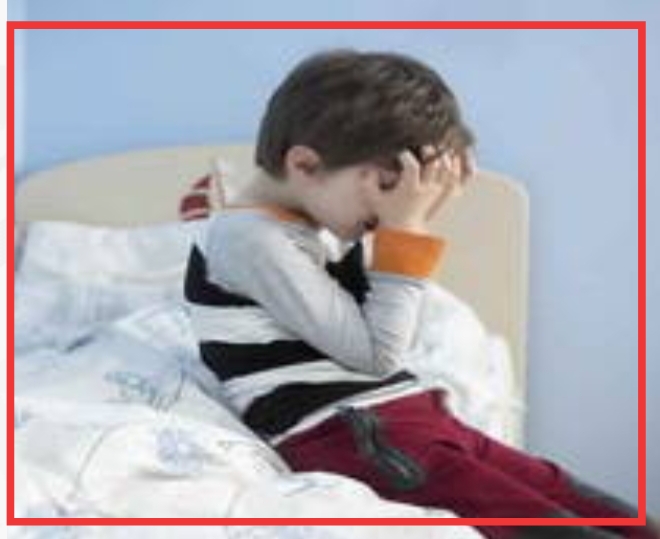 1 - The child's exposure to a violent psychological shock causes him tension and depression, the most important of which is involuntary urination, and this may be due to the absence of one of the parents for any circumstance, or the constant quarrels between the parents in front of the child and his vision of his mother crying because of that.

2 - Feeling jealous of the arrival of a new baby in the family; He resorts to urinating or defecating in place to draw his mother's attention to him. He thought she would take more care of him in this case.

3 - Exaggeration in the mother or father's reaction to the mistake committed by the child, by shouting at him with cruelty and violence. Or being exposed to abuse or embarrassment by his teacher in front of his school friends, or subjected to a threat and blackmail operation.

4 - The child's exposure to a health crisis or feeling cold as a result of not being covered well while he is asleep, or having some diseases such as diabetes and urinary tract infection, and also chronic constipation.

Of the treatment methods, andbefore we explain how to deal with the affected child, and how to treat it, we emphasize an important point for every mother;So we say to her: “Your son suffers more than you do, especially if he has brothers who sleep with him in the same room. He does not do this to bother you or to punish you. And attention. "

To treat this matter, we must observe the following points:1 - Search for the previous causes, and decide which of them caused the child to be infected with this disease, knowing the cause will greatly help in the treatment.

2 - The child's psychological state must be taken into consideration, so that he is not violated and the mother does not scream at him, but rather embraces him and encourages him to overcome this problem, and it is very necessary that his brothers do not know about such a matter, and if they know they should ignore him and not embarrass him, especially if he gets wet his bed and takes off His dirty clothes and hid them in the midst of the family's clothes, it is never appropriate for the mother to call him and rebuke him for his action in front of his brothers and father, nor for any of his brothers to lend him this matter, as these things cause the child a violent psychological shock that exacerbates the problem.

3 - Take care of the bed of the sick child before he sleeps, it is possible to cover (the mattress) with strong nylon; To prevent leakage, then cover it with an inner sheet and an external one, and he prefers to do the same with the rest of his siblings so that they do not notice the difference and cause him distress.

4 - Attention also to placing a cotton cloth as an old shirt, which is folded and placed between his legs to make the diaper work, so that it absorbs urine and reduces the chance of leaking out of the child's clothes, and it is preferable to place it after he falls into a deep sleep; So as not to embarrass him, and if he wakes, we explain to him that it is a precaution to help him recover and not to stain his clothes.

5 - The mother must know that she is the only one who is able to pass that stage with her son in peace, so she treats him kindly, and never disapproves of his injury. Different from his brother.

6 - Reducing the child from drinking liquids after six in the evening, and not drinking diuretics such as coffee, tea, and soft drinks that contain soda, such as Pepsi and others, and also to refrain from eating chocolate at night, all of this greatly reduces the chance of him urinating in his bed, and this does not mean that the mother remains She calls him and tells him not to drink so that he does not wet his bed at night, because this matter causes him distress and embarrassment, and delays his treatment, but rather informs him gently and lovingly that these matters delay his treatment and he must reduce them.

7 - It is preferable to wake the child once or twice at night, especially in winter; Until he enters the bathroom; There are children whose sleep is heavy is the reason. It is possible for the mother to support him while he is awake and asleep, and to enter the bathroom, and sometimes the child is reluctant to get up from his bed and is lazy to enter the bathroom, especially in winter. The mother helps her child to clean himself by himself, telling him that this urine is impurity, and it must be removed with water, so he takes a bath and cleans his body well, if it occurs and urinates in his bed.

8 - If the child gets up and his bed is dry, his mother must embrace him and encourage him to continue, and if he gets up the next day wet, do not scold him, and do not pay any attention to this matter. He definitely hurts for his failure, and if he comes to apologize for her, she hugs and encourages him that tomorrow is better.Making a table in which stars are placed, and then rewarding him if he succeeds in controlling himself, helps the child a lot in overcoming this problem.

9 - There are natural prescriptions that can be taken to reduce the chances of the child urinating at night, the most beneficial of which is to take one or more tablespoons of white honey before bed, and the complementary treatment pages are full of these recipes, so it does not hurt for the mother to try them, provided that the child accepts them, and late cases of illness The doctor prescribes the well-known drug (Tafranil) for her, as it has proven very effective in treating bedwetting, especially if the child is old, and it must be taken under medical supervision.

The mother should understand that the treatment journey may be long, extending to a few months or more than a year, and there have been cases of children who have been completely treated, and then relapse again after a few months of treatment. For any emergency that occurs to their mental or health condition, the mother must completely ignore this matter, and her child does not feel that she knows, and if he tells her, then take it easy on him, and you may say to him: “You must have forgotten to go to the bathroom before you sleep, or I drank a lot of water and juices. ”She tells him never to forget it again, in complete calm and with no interest; So that the child does not relapse and return to what it was.

Note: Some mothers explained that they followed the method of firmness with the child without violence and beatings, and they speeded up recovery with some of their children, and the situation became worse with others .. And I say:

"Each child has his own personality, and what works for a child may not work for his brother. There are children who succeed in controlling themselves after the mother makes them feel very angry for urinating in their bed, or after threatening them with deprivation of what they love, and there are other children whose psychological state deteriorates from This firmness is on the part of the mother, and the problem becomes more acute for them, so let the mother be aware of the nature of her child, improve his treatment in the way that suits him, and make many supplications for him for healing, and give charity. "