Western civilization .. The decline of the human value

Western civilization has become in the eyes of many people a paradise on the earth, and every person dreamed of becoming one of those who sip its nectar and shiver in its bliss, and the matter became more dangerous when Muslim children preached this civilization and glorified it in all its aspects and called for the adoption of everything. In it, and abandoning everything else, even if it is the divine religion and divine revelation .. In their view we will never advance except by taking everything in this civilization, and by what the Western man took - its sweet and bitter, its good and ugly, good and malicious - until some of them said: It is necessary to take into account everything that Westerners took, even the diseases that they have and the worms in their stomachs !!

Those deceived people saw only one aspect in European civilization, which is the material aspect - and there is no doubt that it achieved unprecedented progress in it - but they overlooked the moral aspect that has degenerated in many ways in that civilization that consecrates human well-being and brings him pleasure unconditionally. ... and those deceived people were blinded by the cosmetics that conceal the ugly face of this civilization to discover the true civilizational value of the human being, which this civilization has lost any value, and with it its psychological stability, heart reassurance, and spiritual integrity, without which human life has no meaning or value .

Professor Saad Al-Qahtani says: “The Western man presented himself as a guardian of human values, a messenger of security and peace, and a herald of the earthly paradise confined to our visible world. From seventy million people . 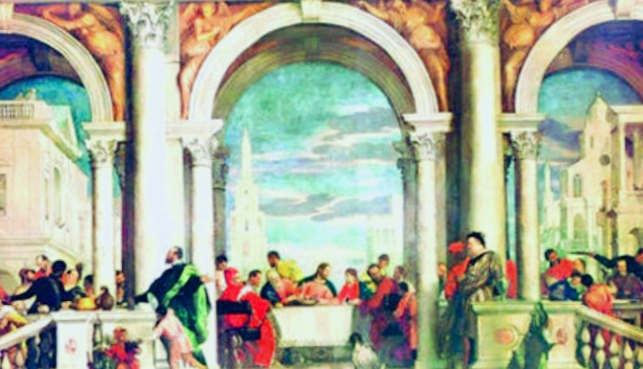 After all this - which is the tip of the iceberg - it becomes evident to us that modern man has become standing on the abyss, and that humanity is dying again, and that today its urgent need for a new world leadership illuminated by the light of divine revelation so that people emerge from darkness to light, and from the distress of materialism to The spaciousness of faith, and from the worship of money to the worship of God alone, and the human being weakens before its destruction by the antidote to humanity. Of "human antidote" program quote