 Home   Culture and thought  Who are the intellectuals?

Who are the intellectuals?

Intellectuals, scholars, the educated and the rest of the people often deliberate the concept of the cultured on a false basis, which avoids a correct and scientific understanding and on the basis of the historical process of the various economic and social formations. Some of them deal with the educated as being the learner with a certain scientific-academic degree. Some of them deal with him as the one who understands and knows, and some of them see him as the product of thought ... etc.

And here we will not focus on the connotations of the concept according to what the scholars have argued, because this is already in place in many studies that devote their owners to studying the topic in a precise scientific study.
And this study, even if it gives the concept the necessary scrutiny, remains a prisoner of academic reality, the academic mentality and the shelves of libraries instead of being transformed into a tangible reality that develops and is transformed by culture and intellectuals. Rather, what we simply go to is that the intellectual is the one who possesses the ability to produce the means of producing social and human values ​​that adhere to public life and individual life, so that it works to develop them at all economic, social, cultural, civil and political levels in line with socio-economic transformations towards the higher stage.
And the intellectual of this identity must strive with his culture to spread the values ​​of religion, freedom, social and human justice.
The
Educated:
What do we mean by cultured? Is the educated is the learner? Is he the holder of a certain scientific certificate? Is it the product of academic knowledge? Is it a high employee? Is he a man of power? Is he a businessman? Is it a writer, artist, or cinematic playwright?
When we stand on the scientific truth of these concepts being the subject of questions, we will find ourselves in front of an awesome truth when we differentiate between the educated and the educated. Accordingly, the educated may be educated, and he may be uneducated, and the educated may be educated or uneducated. The same thing we say with regard to holders of academic degrees, regardless of their degree, as we say in employees, regardless of their rank, and in people of authority, whatever their responsibility, and in businessmen, whatever their investments. And we consider that all of this may serve the culture from a certain point of view if they are really educated, and the fact that a person is among the common people or from the hard workers does not prevent his becoming an intellectual if he is a producer of cultural values.
Accordingly, the educated should include the following characteristics:
1- He should belong to the category of social, human, economic, cultural, civil and political values, and they are the vast majority of people.
2 - And to be affiliated with the different values ​​in a specific way, and these are often very few in society, whether it concerns the employees of the medium of literature, the means of arts, thought, or other means that work to produce values, or to spread them among people. Based on this distinction and the definition that we want clear. So, can it be said that the intellectual is the producer of the values ​​that contribute to the crystallization of the social and human personality consistent with the evolving general economic, social, cultural, civil and political behaviors prevailing within the framework of a certain socio-economic configuration? And help move that squad to the next stage.
And based on this specific understanding, which was crystallized for us through our interaction with other forms of understanding that this intellectual may adopt or that, or promoted by this or that platform. What is required of the educated is that:

A - an expert on the conflicting positive and negative values ​​in the social sphere locally, nationally, nationally and internationally, so that he can define the values ​​that he aims to remove and deny from reality in its various dimensions. And what are the values ​​that are produced or disseminated in order to contribute to the evaluation of the social and human personality, and work to develop them in order to make it a contribution to the development and development of reality in various walks of life.

B - following the local, national, national and international cultural movement in order to enrich his experience, so that it becomes more solid in front of the challenges of the stubbornness of reality, which remains captive to ready-made visions based on evoking the authority of customs, traditions and norms.

C - saturated with the values ​​resulting from the assimilation of the contents of his religion and familiar with international covenants related to economic, social, cultural, civil and political rights. And the International Charter on the Rights of the Child, and the employment of those values ​​in order to work to create new values ​​commensurate with the necessity of transforming the socio-economic configuration in a better direction on the horizon of achieving the higher stage. 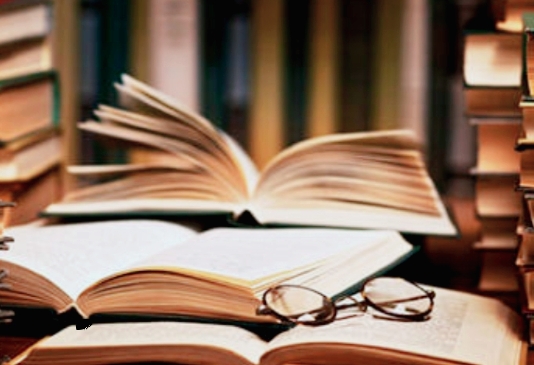 E - taking advantage of the various cultural experiences in the lives of peoples in order to be guided by the positive aspects in enriching the local, national, national and human culture with more values ​​that help the development of human societies and human relations, and the establishment of noble values ​​in individual and collective behavior in various economic, social, cultural, civil and political fields Which makes him occupies an excellent position in the society in which he lives, among the class in which he is classified on the social level, and in the party and mass organizations to which he belongs.

So, with this concept that we have presented, if he is not an expert in positive and negative values, he follows the cultural movement on the private and public levels, and is saturated with the values ​​resulting from the assimilation of international covenants related to public and private rights, and benefiting from the different cultural experiences of peoples, Able to contribute effectively to fighting negative cultural values, and in working to build a system of positive cultural values, that is, it cannot build an advanced and developed cultural awareness that serves the process of economic, social, cultural and political progress in the direction that serves the movement of history.
Mr.
/ Mohamed Hanafi to "act in the article"
Advertisemen
 Newer Post Next Posts  Home
 Newer Post Next Posts  Home