The administrations of Google, Twitter, Facebook and WhatsApp were given time until the end of May to provide information on the localization of personal data of Russian users. This was announced on Monday, April 12, by the press service of Roskomnadzor in response to a request from Interfax.

State organizations admit their mistakes more often than private ones.

“Roskomnadzor sent a request to the owners of the Internet platforms Google, Twitter, Facebook and WhatsApp with the requirement to confirm the localization of the databases of Russian users on the territory of the Russian Federation. Companies must provide a response by the end of May 2021. In the absence of an answer, the issue of bringing them to justice for violation of Russian legislation in the field of personal data (PD) will be resolved, ”the department said.

The RKN recalled that social networks that violated the requirements for the localization of PD databases of citizens of the Russian Federation face punishment in the form of a fine from 1 million to 6 million rubles, and for repeated failure to comply with this requirement - from 6 million to 18 million rubles.

Roskomnadzor stressed that control measures are being carried out in a planned manner.

"Also, the basis for verification can be citizens' appeals, requests from authorized bodies or the identification of inaccurate information in the register of PD operators," the RKN noted.

At the same time, the department clarified that Apple and Microsoft in 2016 and 2019 have already responded to the department's requests and confirmed the fact of localization, as well as foreign companies LG, Samsung, PayPal, Booking, etc.

On April 6, Deputy Head of Roskomnadzor Milos Wagner reported that the agency demanded that Facebook report on the localization of personal data of Russian users. According to him, a letter with a requirement to tell about the progress of transferring user data to the territory of the Russian Federation was sent to the company a month ago. 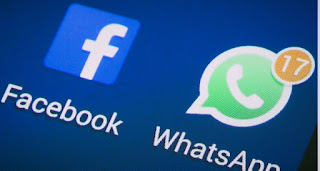 In September 2019, it was reported that companies had to localize the databases of personal data of Russian users on the territory of the Russian Federation until December-January.

In addition, on April 3, it became known that more than 500 million Facebook users had leaked personal data and phone numbers to the Internet, including almost 10 million users from Russia. A company representative said that the data was extracted due to a vulnerability that was fixed in 2019.

Since August 2015, a law has been in effect in Russia that obliges Internet companies that work with personal data of Russians to register as an organizer of information dissemination (ORI) and store all information transmitted and received by residents of the country for six months on the territory of the Russian Federation.