Google Chrome knows a lot about you: Here's what to know

Google has finally admitted the amount of data that its Chrome browser harvests from its users and it is much more than any other popular browser. So what does Google Chrome know about you? What data do you collect? And how do you get out from under the microscope of Google?

Apple's privacy naming requirements for apps on iOS and Mac Store apps have forced Google to put the data set of Chrome, the browser used by billions around the world, into full view. 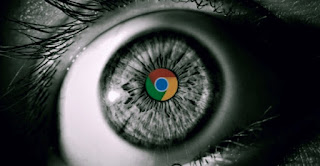 The Chrome privacy label details the maximum amount of data it collects from its users. Forbes points out that Chrome not only collects a lot more data than other popular browsers, it also links virtually all the data collected to its users. Other browsers leave at least some of the collected data anonymous but not so with Chrome.

A competitor to Google's search engine, DuckDuckGo, tweeted an image showing the staggering amount of information that Chrome and the Google app itself might collect and associate with you.

While Google admits all this, the company defends itself by pointing out the useful features and functions that the data collection process has made possible. However other browsers offer much of the same functionality without data binding.

Google is also developing some privacy-focused initiatives, particularly with regard to cookies. But many have criticized these initiatives as merely disguised efforts to tighten Google's control over the Internet.

What can you do about privacy issues with Chrome?

If you're a Google Chrome user, these discoveries might leave you stunned. Fortunately there are solutions that will reduce the amount of data Chrome can consume. lets take alook.

You have some control over your data if you change your Chrome privacy settings. Adjusting these settings is easy and you will be free to continue using Chrome with most of its functionality.

Beware, however, that none of the privacy controls will completely remove Google's watchful eye. It will keep tracking as much as possible while you're logged in and using Chrome.

This solution allows you to continue to benefit from the power and reliability of Chrome.

If you use your Google account for many purposes on Chrome, consider decentralizing your data using a number of other services.

This strategy will result in many tech companies having access to small amounts of your data instead of a single large company like Google having access to a huge amount of your private information.

The cleanest and most guaranteed way to free your data from the grip of Chrome is to switch to another browser entirely. You may want to switch to one of the browsers that require much less access to data such as Safari, Mozilla Firefox or Edge. DuckDuckGo has a mobile browser app which is getting more and more popular. 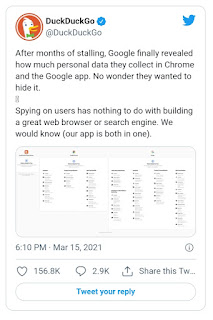 Changing browsers can be annoying so you can choose one that makes importing bookmarks easy.

If you are saving your passwords in Chrome we recommend switching to an external password manager which is a more secure method for passwords.

While the volume of Chrome's data collection is staggering, Google certainly isn't the only tech company that has its hand in the bowl of data cookies. Their data is collected by many other people you may have accounts with and you should always be aware of their scope.

Brother / sister, do you have any questions related to this topic or related to the field of technology in general? Feel free to leave your question in the comments and I will answer you as soon as possible