Nicole, the young American convert to Islam She talked about her Islamic

Nicole, a young American woman, was a nightclub photographer and some said she was a singer in a band on the cusp of fame. She used to mix with advertising girls and see the poor condition visited by the media, and she came out to people as glory, fame and happiness . Nicole could not go on with her life, there was a “wise premonition” that suggested to her that she should not go on! .

There were results that seemed to be her first features and Nicole was smart enough to know what was behind the features! Then she searches, investigates, and flows in an innate aversion from her life to the world of “the sublime human question”… Why me? And why are they? And where will we end up?? 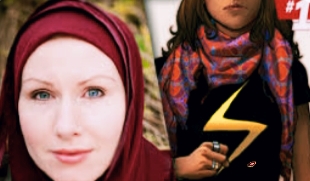 She sat on YouTube listening to lectures about Islam for long hours, then decided to convert to Islam and leave everything behind her to chant her name and make her delusional that she is the Miss Universe and shaken the hearts of Chicago youth, she was obsessed with wisdom and reason that you rarely find in anyone ! .

I am sure that Nicole is a very smart, very wise, and very brave woman !! . She says in some clips of the meeting: “All girls are looking for the highest things, to get the most out of everything, but the situation will always remain “always not enough” and no one will reach to be the highest !! . yes ! We are all striving to reach the maximum that the greedy can reach in search of sufficiency, but the situation will remain “always not enough” and we will not always be the highest!! .

Nicole could not continue to practice “begging for admiration” and said that all the poor girls do many things that may be unfair to them just to attract attention and in the end the woman will remain a piece of meat, and after her conversion to Islam she made a propaganda work against vice under the title “Don’t be a piece of meat .” !

One of her important phrases in the meeting is that she talked about the relationship with God and said that the relationship with him is the utmost kind of simplification of life so that you do not watch many people and wait for their reaction towards you, but only watch God and then you will not feel distracted in your life towards matters and their assessments . 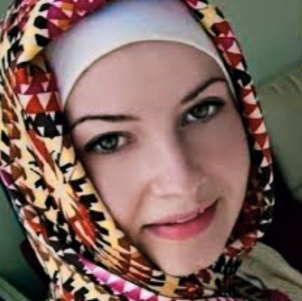 She talked about her Islamic dress, and she said that many people saw her and asked her if this is a new fashion for Farzadchi, so she replied to them that she is a Muslim, and then she says: “People understand that the woman in front of them is a woman who wears clothes for God and not for people, and this is enough because they do not interfere in my affairs ! . .

The meeting really indicates Nicole's wisdom and intelligence, and that she feels things in an intelligent and human way, which is something that is very rare to find in women today, except for those who have God's mercy .