An imaginary image of an artificial intelligence program that recognizes faces

German scientists have created an artificial intelligence program that can assess the psychological state of people by monitoring the expressions on their faces during successive assessment sessions, which may fill a huge human deficit in this area.

German researchers have developed a method for identifying psychological disorders based on facial expressions that are interpreted and analyzed by an innovative artificial intelligence program . 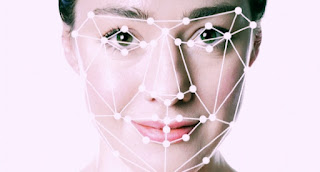 The researchers provided a composite image representing the control group of their tests (left in the image below) and patients with mental disorders (right). The identities of several people are mixed during the testing period to assess the effectiveness of the program:

Doctors say that individuals with emotional disturbances tend to raise eyebrows, pay sharp looks, and swollen faces, lips or drooping cheeks. To protect patient privacy, these emojis were made available to support the idea of ​​the program.

The study was published under the name "The Face of Emotional Disorders", and eight researchers from a wide range of institutions from the private and public medical research sector participated in the experiments, and was published on the website of the Department of Computer Research and Identification Models at Cornell University , according to what was reported by UnitAI.

So far, AI has been used to identify the impact of these mainly facial abnormalities as a potential primary diagnostic tool. The new approach also provides an easy-to-follow method for assessing a patient's progress during treatment, or in their local environment to monitor changes in them.

The researchers called this technology Opto Electronic Encephalography (OEG), a method in which a doctor or specialist does not communicate directly with a patient but rather infers mental status by analyzing an image of the face rather than using positional sensors or radiology-based medical imaging techniques.

Data were collected from 100 patients of both sexes at the University Hospital Aachen, together with a standard control group of 50 healthy subjects. Among the patients, 35 had schizophrenia and 65 had depression.

In the beginning, an initial session of the person (the patient or standard sample) is conducted, which is an initial evaluation session with a physician. In the second stage, patients (and their counterparts in the standard group) were shown videos of a series of facial expressions, and were asked to imitate each, with Mention their own appreciation of their mental state at the time, including emotional state and intensity. This session lasted about ten minutes.

In the third and final stage, participants were shown 96 videos of actors, each lasting just over ten seconds, who were apparently recounting intense emotional experiences. The participants were then asked to rate the emotion and intensity represented in the videos, as well as their corresponding feelings. This stage lasted about 15 minutes.

Later, the scientists fed the AI ​​program with data and information from the sessions, as well as reference videos and previous analyzes on other patients, and the AI ​​matched the new results to the patients under test.

Scientists who worked on developing the AI ​​concluded that OEG may not be just an adjunct to diagnosis and treatment, but that in the long run, it may become a potential alternative to some of the evaluative parts of a psychotherapy course, which could reduce the time needed for a patient to recover.

Krishna Vir Singh, co-founder of Lissun, a mental health app, says, “The issue of mental health is more important than some imagine, and the importance of the matter became clear during the Corona epidemic, which paved the way for expansion in the field of digital healthcare to try to bridge the gap in this field.