The bright side of mosquitoes.. this is how it benefits man and nature

People are bothered by mosquito bites, especially in the summer, but these insects also have a positive side in human life.

Not all mosquitoes are harmful to humans

Practically speaking we cannot kill all mosquitoes on the planet. There are thousands of species, but only a few hundred of them spread diseases that can be dangerous to humans and mammals, such as malaria, Zika, dengue, and chikungunya. 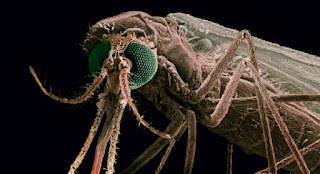 But only the female of this species of mosquito causes harm, and the rest of the mosquito species bring potential benefits to the ecosystem and life and help in medical research.

Why does the skin sting?

Female mosquitoes suck blood in order to obtain the protein needed for fertilization, which is why they bite humans, animals and even birds.

But in general, mosquitoes feed on the nectar of roses, and in this way it helps them to pollinate, especially roses and aquatic plants where mosquitoes spend most of their time.

The favorite food of many creatures

Humans can easily resist mosquitoes, especially with the spread of insecticides, but nature also helps us, as a number of species of birds, fish, frogs, spiders and others feed on mosquitoes. Experts also say that these organisms may disappear if the mosquitoes are exterminated.

Stinging is not all evil

Mosquitoes have a mouth like a syringe, and when they bite the skin, they inject their saliva into it so that the blood that is absorbed does not clot. Both (mosquito proboscis and saliva) are useful for human medicine, the researchers say. 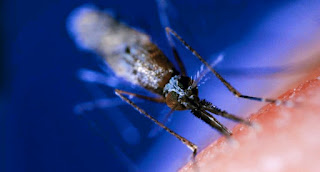 The former contributes to research on designing better needles (less painful injections), while saliva, which contains a protein called anophylline, may lead to new treatments for deep vein thrombosis.

Mosquitoes lay their larvae in stagnant water. Humans give mosquitoes this fertile land for free, often through neglect.

But the larvae also "clean up" the water by eating biological waste, including other parasites. This process certainly does not make the water drinkable, but it has benefits in research on pollution control.

Close-up of a malaria mosquito showing its prickles and palps, which it uses to sense odors and carbon dioxide emitted by living organisms. This you use to obtain a blood meal that is extracted from the shell hidden in the casing of the mosquito's proboscis. 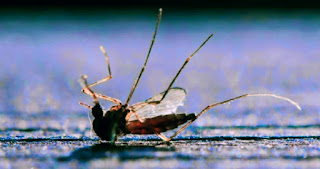 The female mosquito feeds on blood because it is necessary for the maturation of eggs, while the male feeds on plant juice and flower nectar.