Tips for a healthy and eco-friendly diet

The methods of producing the food we consume daily cause a large proportion of greenhouse gas emissions. According to a study by a team of international researchers led by Atola Gain from the University of Illinois in the United States, global food production causes more than a third of greenhouse gas emissions. According to the researchers, the production of animal food is responsible for nearly twice as much as other emissions such as  the production of plant foods,  quoting the website of the German newspaper "Augsburger Allgemeine". 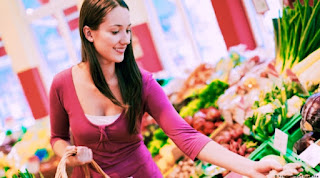 They are divided into five groups which are fruit, vegetable, meat and dairy products as well as vegetarian and vegan alternative products. The researchers took into account the methods of production, transportation and packaging, as well as food preparation.

With regard to transportation, the carbon footprint of pineapples imported by plane is much larger than that transported by ship..

Food packaging plays an important role in whether it is environmentally friendly or not. The carbon footprint of a can of mushrooms, for example, is twice the carbon footprint of fresh mushrooms. Disposable containers made of metal or glass have a greater negative impact on the climate than the actual food they contain. This also applies to many drinks.

The study also took into account the type of area where food is grown. Their results confirmed that fresh, seasonal and regional fruits and vegetables are - on average - more climate-friendly than imported out-of-season produce.

Negative evaluation of meat, dairy and their derivatives!

Meat ranked poorly in the ratings of the researchers leading the study at the Institute for Energy and Environmental Research in Heidelberg.

The reason is not only that its production requires large quantities of fodder, but also its great need for large quantities of fertilizers and a large area of ​​land. In addition, methane is emitted by ruminants, ie cattle and cattle. These gases are more harmful to the climate than carbon dioxide.

Accordingly, the institute recommends first following a diet with as little meat as possible, followed by reducing dairy products, adds the website of the German newspaper "Augsburger Allgemeine".

Experts believe that the Internet and specialized applications will help consumers estimate the climatic effects of the products they consume, whether while purchasing them in stores or in restaurants. Among the applications developed for this purpose is an application"Klimateller" or applicationSusla .

These applications make it possible to know the restaurants and stores that respect the environmental and climate standard for food. Experts believe that the benefits of sustainable nutrition are not limited to environmental aspects, but also include social, health, and economic aspects as well..

On the whole; In light of the climate crisis, no one can avoid rethinking consumer behavior and also their diet, experts say.

They advise thinking about the climate before going shopping by writing a list of foods that are least harmful to the climate and buying only the basics to avoid food waste. In addition, it is recommended to eat vegetables more than meat and more than canned foods, according to "Augsburger Allgemeine".