Bitcoin's highest level in a month

At the start of a busy week in which US inflation data for August is released, and the Ethereum network is likely to start working on the latest developments, the cryptocurrency Bitcoin continued its steady climb above $22,000 per unit, for the first time in more than a month.

And after it cast terror in the hearts of its investors by dropping below the level of $ 19 thousand last Wednesday morning, New York time, for the first time since the first half of this year, the major cryptocurrency rose by 17%, surpassing the price of $ 22.3 thousand, coinciding with the weekly rise of US stock indices. For the first time in four weeks.

The US Federal Reserve’s 2.25% interest rate hike since last March (the most stringent since the eighties of the last century, as well as the statements paving the way for further hikes and the bank officials’ desire to keep the interest rate at restrictive levels for extended periods), have caused a decline in the values ​​of most assets. High risks, especially cryptocurrencies. Despite recent gains, the value of the popular cryptocurrency is still less than half what it was at the end of last year.

With its clear correlation with the Nasdaq index, which is dominated by technology stocks and the most affected by interest rate fluctuations, Bitcoin investors are awaiting the inflation data expected to be released on Tuesday, to try to anticipate the percentage by which the Federal Reserve will raise the interest rate during its meeting on the twenty-first of this month.

So far, the futures and futures markets are reflecting a 0.75% rise, which investors hope will be the third and last on this scale, and that the lift after that, if any, will be slower and slower.

Anthony Trenchev, co-founder of Nexo, the popular cryptocurrency platform, predicted a difficult week for cryptocurrency investors, adding in an interview with CNBC news channel, which is interested in economic and market news, that “cryptocurrencies are facing a double exceptional circumstance this week, which includes inflation data.” And the development of the Ethereum network, which predicts great fluctuations, calls for breathtaking, as if it were a rollercoaster in an amusement park. 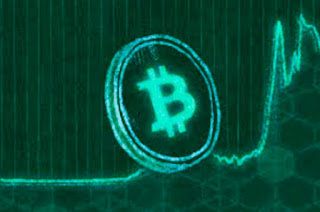 The collapse of some cryptocurrency trading platforms, during the first half of the year, added more pain to the market, which last year was its best year ever, causing, with the high interest rate and the search for safe havens, the total market value of cryptocurrencies to less than $1 trillion. , after exceeding $3 trillion in November of last year.

Meanwhile, the Ethereum network this week completes long-awaited developments that will significantly reduce the amount of power required to operate the network, which many expect to give a strong boost to cryptocurrencies in the coming weeks.