Learn about the most important changes from the Ethereum system upgrade

The price of the Ethereum currency touched the $1,700 level, after it recently entered into force the largest-ever upgrade of the digital currency, as all evidence so far indicates that this merger has succeeded in reducing the cryptocurrency’s energy consumption by more than 99%.

This overhaul has fundamentally changed the way the blockchain secures its network and verifies transactions, and most of these successful changes have occurred in such a way that the end user does not feel the difference in the coming hours and days.

Criticism before the upgrade

Cryptocurrencies, such as Ethereum and Bitcoin, have been under fire for mining operations to produce new currencies. For validating transactions, which used to consume a lot of energy and is one of the biggest areas of criticism in cryptocurrencies, but with the new upgrade Ethereum has moved to a system known as “Proof of Stake”, which replaces “miners” with “verifiers.” Instead of big banks running computers, validators are taking advantage of the existing ether cache as a way to verify transactions and mint new tokens, which requires much less power than mining, and experts say will make the protocol more secure and sustainable. 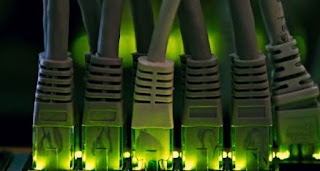 Last week, the White House issued a report warning that proof-of-work mining could hamper efforts to mitigate climate change; Therefore, reducing energy consumption by approximately 99.95% does not only lead to the creation of greater sustainability of the network; It would also go a long way toward lowering the barrier to entry for the institutional investors who have struggled to contribute to the climate crisis.

Bank of America stated on September 9 that the significant reduction in energy consumption after the merger may enable some institutional investors to buy the token and previously prohibited from buying tokens that run on the blockchain and Proof of Work consensus mechanisms.

Analysts believe that the broad entry of institutional funds into the space of digital assets is critical to its future as an asset class, and that “ether” itself, after the merger, will become one of the productive assets that can earn returns. In the post-merger era, “ether” takes on some of the well-known characteristics of a traditional financial asset, such as a certificate of deposit that pays interest to its owners.

The upgrade will also lead to a significant decrease in the supply of Ether tokens in circulation, which could pave the way for Ether to become a “deflationary currency” in the coming weeks and months, thus increasing its prices.